Warning: Use of undefined constant DATABASE_SERVER - assumed 'DATABASE_SERVER' (this will throw an Error in a future version of PHP) in /home/b8bu76dzlzwa/public_html/wp-config.php on line 28
 Professional, Precise, & Concise Communication

No one is not busy. Respect yourself by reducing the time you spend drafting messages by being concise, and respect recipients time spent processing your message by being concise. One rule of thumb I like to use is the five.sentenc.es rule. If you’re concerned that your shorter messages will offend people, they give you a handy dandy email signature that justifies your short n’ sweet communication.

“five.sentenc.es is a personal policy that all email responses regardless of recipient or subject will be five sentences or less. It’s that simple.”

As a consultant, I need to be communicating with my team and my clients in a way that is direct, easily understood, and persuasive. Using weak language can totally sabotage this. I have the following images printed out and keep them at my desk as a reminder of the framework that my recommendations should follow, from this slideshare deck. 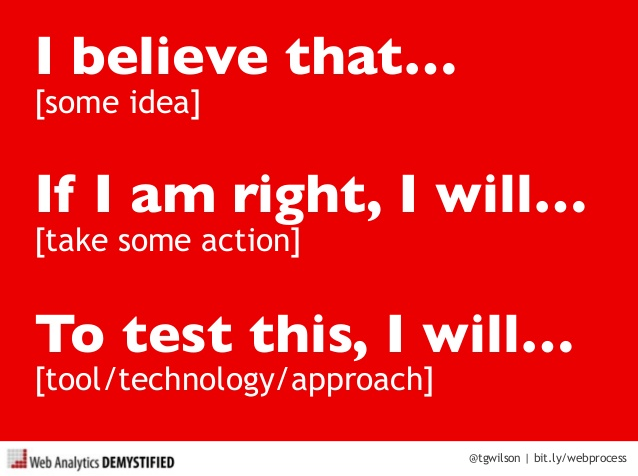 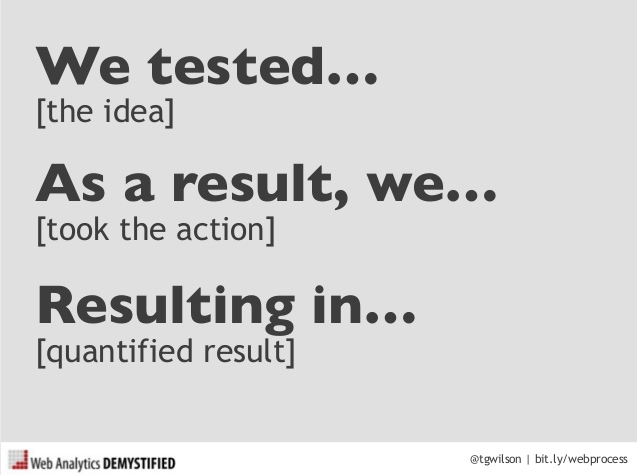 Some other phrases I like to use that help me reign in my recommendations in a concise and assertive way can be found in this article.

Instead of using fluffy “we think” / “we feel” / “we hope” language, the following phrases are much more effective in directly stating your point:

I’ve been trying to say “You’re welcome” instead of “No problem.”

When someone thanks you, it’s fairly common to reply absentmindedly with “no problem”, or “np!”. Replying in this way minimizes what you did for that person and implies that the time you spent helping someone else is not valuable.

When someone thanks you, the courteous and polite reply is, “You’re welcome.”

“The meaning implies that it was a pleasure for you to help the person, and that you receive their appreciation,” Price says. “Though the casual laid-back phrase, ‘no problem’ may intend to communicate this, it falls short. It actually negates the person’s appreciation and implies the situation could have been a problem under other circumstances.” – Darlene Price, Forbes

Another thing that I’ve been trying to avoid is using minimizing and weak language; the biggest offense being the over-use of the word “just”.  “Just wanted to throw this out there…” , “Just wondering if … “, “Just wanted to follow up…”, etc.

This first became very clear to me when I was getting feedback on the draft of this blog post, and a coworker noted all of the places in the post that I was hedging and minimizing my point(s). It was such eye-opening feedback to see how often I used this type of language in my writing, emails, and even verbal communication.

I’ve been more sensitive to the words “obviously” or “of course” or “clearly”. This was sparked during a conversation I was having with a friend about the annoying things his coworker said: one of which being “obviously”. You should never assume that something is obvious to someone. It’s presumptive and unempathetic on your part, and offensive and condescending to the other party. If you’re saying of course or obviously or clearly, and that subject is not obvious to the other person, it immediately takes them off track and they begin to wonder what’s wrong with them for ‘not getting it’.
This last one is one of the hardest habits I’ve been trying to break recently. I’ve been trying to avoid addressing groups of mixed gender groups with the word “guys”: “Hey guys.” “Thanks, guys.”, etc.

I noticed this (and felt especially bad about it) the last time I taught a classroom full of women and realized that I addressed them as “guys” the whole time. It became even clearer to me recently when a coworker addressed a group of women at Seer in an email as “guys” twice in the same message. It really stood out to me and I started researching to see if I was being totally crazy or unreasonable for thinking it was insensitive. This article explains the prevalence and concern much clearer than I possibly could (hey, I’m still working on my written communication!), and there is some valuable discourse in the comments section.

Let’s be realistic, though. We’re all guilty of calling groups of women or mixed gender groups “guys”. Awareness is the first step to at least acknowledging and attempting to correct it.

Are some of these things nit picky? Sure. Do I still slip up from time to time and break my own rules? Obviously. But have I been a more effective communicator as a result of at least being aware of areas to improve? You bet. Is it annoying when people ask and immediately answer their own questions? Hell yes.

Kind thanks to Marianna Morris for reviewing this post & helping me out of my crippling writer’s block.

One Response to Cutting Through The Clutter: Precise & Concise Communication