Warning: Use of undefined constant DATABASE_SERVER - assumed 'DATABASE_SERVER' (this will throw an Error in a future version of PHP) in /home/b8bu76dzlzwa/public_html/wp-config.php on line 28
 If I Was at #MozCon 2013 | A Collection of Tweets | Emma Still

But, if I were at Mozcon…

I probably wouldn’t be able to contain my excitement

AAAAA you guys #mozcon is gonna be OFF THE HOOK!!! Can't wait for y'all to get here!

So excited for #mozcon in #seattle! Feel like a kid the night before the first day of kindergarten!

In fact, it would probably keep me from sleeping…

I'm literally too excited about #MozCon to go to sleep. This is a problem.

I would obviously arrive early

I would definitely attend the #mozcrawl

What's up with this #mozcon pub crawl thing I keep hearing about?

#mozcrawl RT @PeterJKirby: So what is everyone at #mozcon doing tonight?

I hope Rogerbot is packing Aspirin for the #MozCrawl crowd! #MozCon

Been in the city for 30 minutes and already thrown out of a bar. #mozcon

I would make sure everyone knew how awesome the stage looked

This is how the venue looks just before #mozCon starts! Simply Amazingggggg pic.twitter.com/DXk5Ks65YY

The #MozCon stage is blowing our minds! pic.twitter.com/lpsoLCeYQn

Wow. The #mozcon stage is amazing.

After finally meeting him in person, I'm convinced that @content_muse is a pirate. He has the look and the swagger. No joke. #mozcon

So I guess my profile pic makes me look small. Ill try and post a morning-of pic so it's more accurate for those at #mozcon

Not going to lie, I'm really excited for Mozcon to see the real faces behind the marketers that fill up my Twitter feed. #SEO

I would ride the Bainbridge Ferry, ferris wheel, and visit the Space Needle 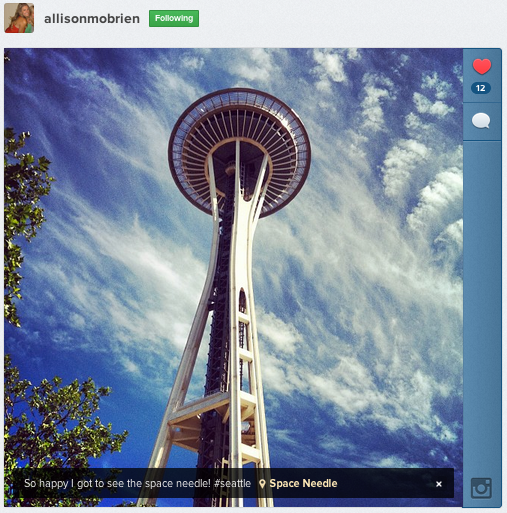 I’d whine about the wifi

So is that the end of the wifi at #mozcon? 60 seconds is the new record!

Yet again, 3rd year in a row, WiFi at #MozCon is ass-tactic

Best SEO conference, hands down, but come on…

Not being able to access wifi at an online marketing user conference? Ironic? No, just annoying. #MozCon

One thing SEOs are especially good at is taking down WiFi networks. #mozcon

I’d get really excited about Avinash cursing, too 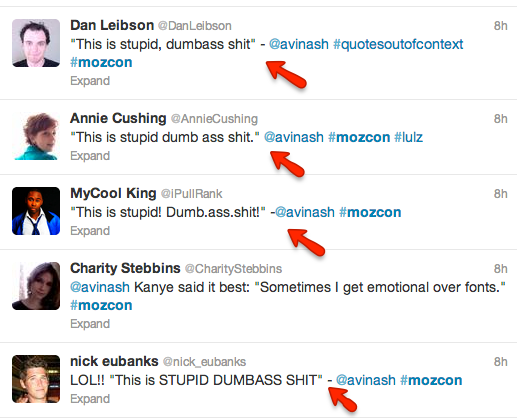 And last but not least, I would certainly be donning plaid, or as Amber Osborne calls it, “The other #mozcon shirt”.

Apparently I missed the plaid shirt memo at #mozcon

I'm swaggerjacking @randfish with my beard and plaid shirts. #mozcon

This post is obviously glowing green with envy. For those of you at MozCon, please keep live-tweeting your adventures. How else are we supposed to vicariously live through you?

This entry was posted in SEO, Social Media. Bookmark the permalink.

7 Responses to If I Was at #MozCon